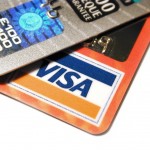 The CFPB’s Final Prepaid Card (Account) Rules are finally here after many years in the making. Rest assured there will be plenty of legal analysis and summaries provided on the 1,689 page rule the CFPB published October 5.

American Banker: “The bureau’s new rules are poised to disrupt, if not destroy, this industry and eliminate thousands of prepaid options from retail racks and online stores. Simultaneously, the rules will fundamentally transform the nature of the products themselves, making them function more like the heavily regulated banks they sought to replace.”

Green Dot‘s Steve Streit: “Green Dot embraces the new rule as recognition that the industry we started more than 15 years ago continues to serve an increasingly significant role in the everyday financial lives of a growing number of American families. We fully support the CFPB’s mission to ensure fairness, integrity and consumer protections for all participants in the financial system.”

NBPCA (Network Branded Prepaid Card Association): “While we are still analyzing the lengthy final rule to determine its full impact, it is already clear that the CFPB has dismissed many of our serious concerns and moved forward with a rule that will harm the very consumers it aims to protect. Instead of fostering financial innovation and inclusion, the CFPB’s rule will ultimately limit access to an essential mainstream consumer product that helps millions of Americans participate in the digital economy, affordably manage funds, and safely hold money.”

Pew Charitable Trusts: “By staying the course, the bureau has closed the door on practices that could have compromised consumers’ ability to use these products safely and stay out of debt.”

After many years in the making, the CFPB announced its proposed rules on prepaid on November 13th.  The changes proposed would extend and make changes to provisions within Reg E and Reg Z, which the CFPB has jurisdiction.

The Proposed Rules do NOT:

Make FDIC insurance (individual or pass through) for prepaid compulsory (which arguably the CFPB cannot do).

Create fee caps or other fee changes (which Congress may only do).

The Proposed Rules would:

Require “Know Before You Owe” disclosures

Expand the definition of “prepaid” to include many forms of pre-funded electronic payments methods (not just plastic prepaid cards) but does not include health savings cards and transit cards.

Reactions to the effects of the Proposed Prepaid Rules:

Prepaid Card Industry Association-NBPCA: “While the NBPCA and its member companies need time to fully digest all of the components in the CFPB’s 870 page proposed rule, we welcome formalizing many standards that the industry has already embraced…NBPCA and its members stand ready to engage the Bureau in a collaborative process to enhance consumer protections without reducing convenient consumer access to prepaid cards.”

One major prepaid card issuer-Green Dot: “Green Dot believes that its business will not be materially impacted by the CFPB’s newly proposed rules. Furthermore, Green Dot fully supports the proposed rules that mandate “Regulation E” consumer protections for lost or stolen funds and disputed transactions, including the providing of provisional credits to consumers, and the CFPB’s proposed rulemaking dealing with the new framework for overdraft programs attached to prepaid cards.”

Christopher Brown, former general counsel of NetSpend, CFPB’s Prepaid Rules Put a Freeze on the Future-“the core definitions encompass any account loaded with consumer funds on a prepaid basis that can be accessed for payments, ATM withdrawals or peer-to-peer transactions. This definition, as the CFPB acknowledges, will apply to many mobile wallets and virtual currency products.”

There will be a 90-day comment period from the time the proposed rules appear in the Federal Register. 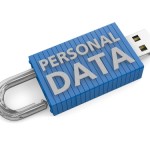 As a product of the CFPB’s Streamlining Initiative to reduce unnecessary or unduly burdensome regulations,” the CFPB announced a proposal in May to change the requirements for GLBA notices under certain circumstances.

A quick reminder on what Reg P is:

“Regulation P, implementing provisions of the Gramm-Leach-Bliley Act, requires financial institutions to provide annual privacy notices to customers describing the institution’s information sharing practices and explain how a consumer can opt out of the sharing of their information when applicable.”

The proposed changes would allow “financial institutions” (FI) under the GLBA to use the alternate (electronic) method of delivering annual privacy notices if:

(3) The FI’s annual privacy notice is not the only notice provided to satisfy the requirements of section 624 of the FCRA;

(4) the information included in the privacy notice has not changed since the customer received the previous notice; and

(5) The FI uses the model form provided in the GLBA’s implementing Regulation P.

The proposed alternative would allow FIs to provide a “clear and conspicuous statement” on a notice or disclosure already sent to the consumer at least once a year that provides the consumer with the following information: that there have been no changes to the privacy policy and that the privacy policy can be accessed on the FI’s website or provided by mail by requesting a copy by calling a toll-free number.

But, generally, paper notices would still need to be mailed if there are changes in the FI’s privacy practices OR if the FI engages in information-sharing activities where a consumer has an opt-out right.

As the CFPB suggests, these changes may benefit both industry and consumers alike. It may save financial institutions large sums of money, as generating the notices, paper and snail mail isn’t cheap.  The question is whether it will make a significant difference to consumers.  Surely I can’t be the only one admits to quickly recycling my notices…

The CFPB recently released its upcoming rule making agenda, “Fall 2013 Rulemaking Agenda” that maps out what the agency will focus on in 2014.  Here’s a look at their summary:

On Mortgages: “follow-up mortgage issues, such as how to apply certain exemptions under the Dodd-Frank Act that are designed to preserve credit in “rural or underserved” areas…a proposed rule to implement Dodd-Frank Act changes to the Home Mortgage Disclosure Act, which will improve the mortgage data that is available to monitor the market and assess fair lending practices.”

On Prepaid Cards: a proposed rule with respect to prepaid card products.

Payroll cards received a lot of press over the summer with the lawsuit filed against a McDonald’s franchisee for giving its employees their pay on this type of plastic payment card.  The focus has been on the fees, in which case a recent blog by Jennifer Rusie of Ogletree Deakins, lays out what employers need to consider when thinking about or using payroll cards to pay their employees.

Apart from the various state labor laws which dictate whether or not an employer can provide pay using payroll cards and thereby warning employers not to violate these laws by pushing payroll cards, there is another view on payroll cards that bears discussion and may put even more control back in the hands of the employees.  GPRs, or general purpose reloadable prepaid cards, are currently under review by the CFPB and will likely extend those same Reg E payroll requirements to GPRs soon–which means in the eyes of Reg E, payroll and GPRs will look the same.

But, will this be the case for the user, in this case the employee?  What will be the ripple effect to the payroll card industry?  It seems that GPRs are far more adaptable and usable for consumers , whether unbanked, underbanked, fully banked, than payroll cards today.  A GPR holder is able to arrange to have not only their paycheck, but also other monies, including government issued benefits (if federal, provided the card meets DOT requirements) into the account.  These cards also allow other checks to be deposited, in some cases, offer remote deposit capture.  Basically, GPR card accounts offer the same functions as a checking account, and many are going beyond this with the adoption of convenient technologies.  Payroll cards, at least from my most recent informal survey, do not offer the same ability to deposit monies from sources apart from the employer, and may be limited to use only with an existing employer.

With these considerations, it seems as though the CFPB’s recent bulletin warning against the exclusive use of payroll cards may be rendered moot, or at least less significant, as more consumers (when Reg E is extended to GPRs) will see the value in choosing their own prepaid card to obtain their pay.